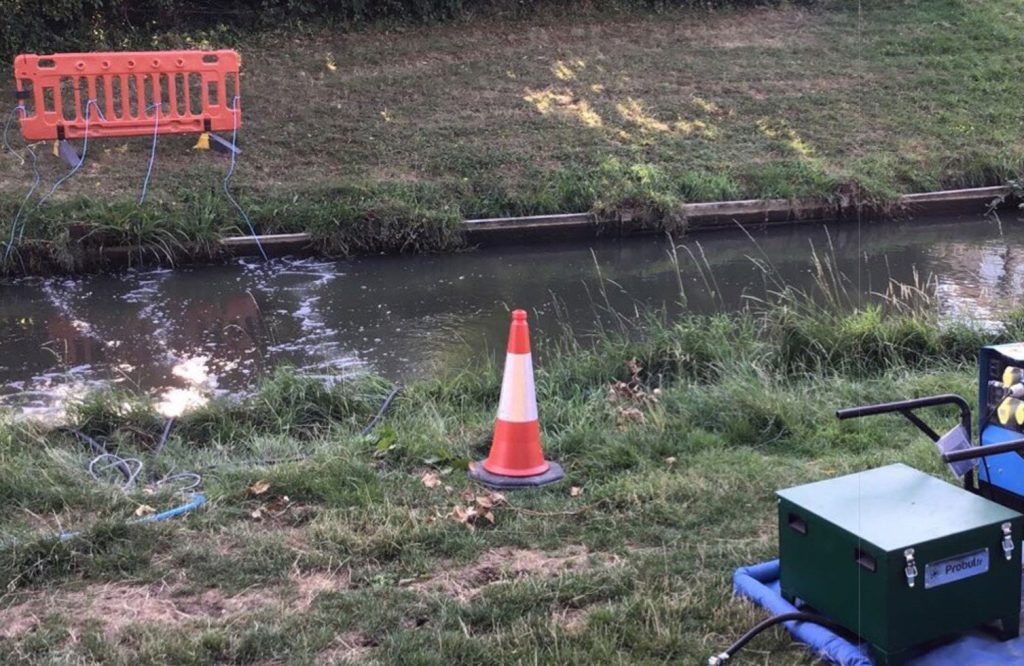 The project was critical to protect a key drinking water abstraction.

These works were undertaken on behalf of Thames Water by MWH Treatment, a member of the eight20 alliance and responsible for delivering 1.75bn of capital works in the water sector during AMP6. 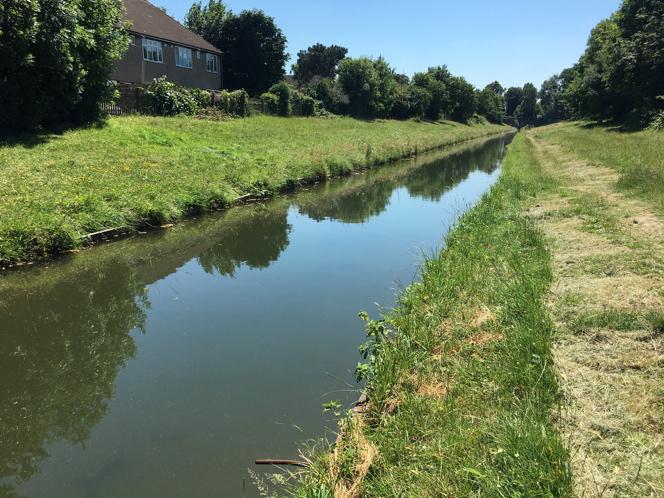 In-channel works such as dredging and bank stabilisation stirs up silt, leading directly to the suspension of sediments within the water column.

This can cause silt pollution downstream, directly impacting wildlife & habitat as well as being detrimental to water abstractions.

For the duration of the project, 4 lines of Bubble Tubing®, powered by a single, silenced compressor were used to create a bubble barrier that prevented the movement of silt downstream. 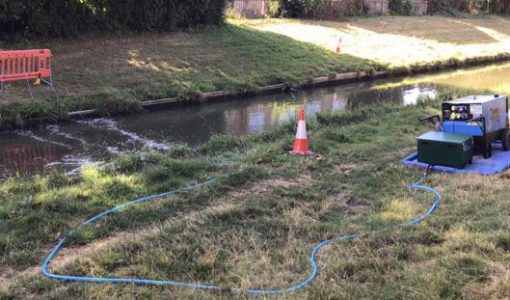 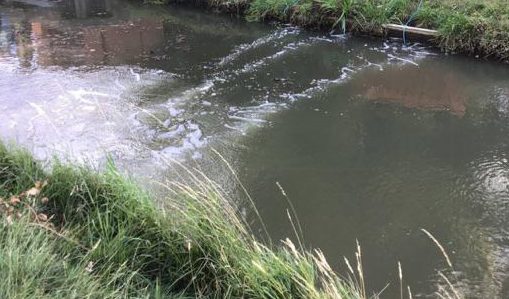 The river banks were too weak to support heavy, land-based plant so a floating piling rig was used to drive the new piles from the water. The project had to be undertaken quickly and efficiently to minimise the risk of over-running and the potential to disturb roosting bats.

The bubble barrier was the ideal pollution control tool as it could be re-positioned quickly and easily to remain in front of the piling line and control the fine suspended particles generated from the activity.

As part of the bubble curtain package an oil free, silenced, electric compressor was supplied to provide compressed air to the bubble barrier, with no disturbance to local residents or risk to the environment.

The bubble barrier also aerated the water column, an added benefit that reduced the risk of low oxygen levels, often associated with muddy water impacting on the fish populations.

The project was completed successfully and on schedule.

Independent research undertaken by SEACAMS has shown Bubble Tubing® can control 90% of silt particles down to 63 microns. The New River project indicates that smaller silt particles associated with London clay can be controlled in a low flow environment.

This website uses cookies to improve your experience while you navigate through the website. Out of these, the cookies that are categorized as necessary are stored on your browser as they are essential for the working of basic functionalities of the website. We also use third-party cookies that help us analyze and understand how you use this website. These cookies will be stored in your browser only with your consent. You also have the option to opt-out of these cookies. But opting out of some of these cookies may affect your browsing experience.
Necessary Always Enabled

Any cookies that may not be particularly necessary for the website to function and is used specifically to collect user personal data via analytics, ads, other embedded contents are termed as non-necessary cookies. It is mandatory to procure user consent prior to running these cookies on your website.